It’s not just in the pages of our local or national newspapers that we hear the ever-louder call for a discussion about values in the wake of the economic crisis. The disturbing feeling that we’ve gone too far, that we consume too much, that we’ve gambled too recklessly, all cast doubt on the idea of never-ending economic growth. For whenever we over-stretch ourselves, we start searching for a different way, for alternatives for how we could slow down and strike a healthier balance that brings us closer to the things and people that are really important to us.

The time seems right: conferences and articles on “the commonwealth economy”, and the like, are visited and read by thousands and the student protests during Autumn 2009, which started at the Audimax at the University of Vienna and which many other universities joined, spawned countless workgroups on global change issues. The Occupy protest movement of 2011 came to global attention when it occupied open spaces within the world’s major financial centres. A survey conducted by the BBC of 29,000 people in 29 countries showed that they support a fundamental reform of the global economy1. And the debt crisis will surely force such a change upon us anyway. Moreover, the meagre outcomes of the Copenhagen and Durban climate change summits demand of us that we, ourselves, take matters into our own hands since we clearly cannot rely on the effectiveness of international politics. 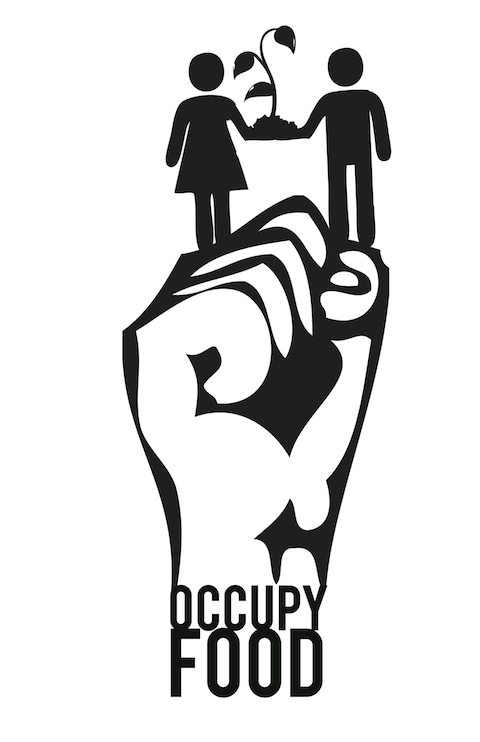 Occupy yourself? In our search for a good life, we will quickly discover that we still have to live with many daily compromises. Those for whom the environment is important, for example, will restrict their use of aeroplanes and cars, but they probably won’t be able to do without them altogether. Those seeking a better life balance will want more days off unpaid or delaying greater political engagement to a later, more mature time of life. What we can do is to daily practice our ability to cooperate – our courage to find the same in others – so that we don’t get so caught up in the stream of everyday life. Ethify yourself! Let’s begin, then, to value all those trying to live ethically and let’s offer them recognition and active support. In the final chapter, some suggestions will be offered to sharpen your awareness of how to live and behave ethically.

Even if ethical considerations become primary, both for individuals and for society as a whole, we’ll hardly be able to achieve it unless certain fundamental conditions are improved. Here, politics must, despite its drawbacks, play a prominent role and, for that to occur, we must each play our part. Today, the aim of an eco-social political economy must be to tame capital markets; that is, to bring capital markets back under political control and to ensure that goods are produced ecologically. With the fall of the Berlin Wall, Francis Fukuyama equated liberal democracy with the ‘end of history’ and so warned economists to abandon their models and to face up to reality. No doubt economists carefully studied the Asian economic crisis, but evidently they didn’t learn much: their models based on game theory completely failed. Measures, such as new indicators for evaluating growth such as the Happy Planet Index, or the concept of Net Domestic Product proposed by Nobel prize-winners Joseph Stiglitz and Amartya Sen, must be further developed and, finally, implemented.

Alongside the more stringent regulation of financial markets and the implementation of a currency transactions (Tobin) tax, both of which are supported not only by many NGOs but by some government representatives, we need further incentives for developing a commonwealth economy. Christian Felber proposes lower taxes or special favoured treatment in awarding government contracts for companies that put stakeholder interests ahead of profit maximisation. A commonwealth balance sheet should in the first instance provide guidance to companies, and subsequently concrete advantages. Market mechanisms should, moreover, foster innovation and greater price and quality competition. Moderate profits on investments are ok, but not when they destroy the environment through excessive profit expectations which lead to short-term, irresponsible management practices.

Like other countries, Germany, Austria and Switzerland have an export fetish which not only leads to overcapacities, but also puts the Euro under pressure 5.  That’s because excessive exports have to be consumed somewhere, and this connects to trade deficits in Greece and Spain which in turn leads to their further indebtedness. Concerning exports, too, “less would be more” and would lead to greater justice, autonomy and balance.

Corporations today exercise considerable power and political pressure, successfully influencing democracies around the world by inculcating their values and interests via lobbying and PR. A pertinent example, here, would be the Pig Flu campaign in autumn 2009 which was successfully spun by pharmaceutical companies to encourage health ministers to place large orders for vaccine. Now, of course each life saved is of value, but the same resources would have saved many thousands more lives by providing impregnated mosquito nets since about 1.4 million people die yearly of malaria.2.

Corporations will either have to shrink in size or be forced to split into smaller units so that their influence becomes publicly visible and accountable. Moreover, large companies are often run by people who, from a psycho-social perspective, are envious and greedy. Their values are not ones we would want to be transmitted via strong brands, since their goods and services are often produced under unfair conditions. To counter this, the European Union is surely a large enough market to enforce binding regulations on corporate legal structures or to ensure goods are produced fairly as well as to ensure that worldwide supply chains adhere to them. ISO standards and guidelines for ecological agriculture or Fair Trade already exist, but they need to be bindingly applied much as technical standards are for the safety of electrical goods or toys. Hardly any company around the world can afford not to trade with Europe, thus ensuring that many producers would have to conform whether they liked it or not3.

Ethify’s values imply many further political measures, but these would go beyond the scope of this book. Some of these would include:

What framework is needed to solve global problems? The G8 or G20 summits may be promising, but mostly these summits end in disagreement and inaction. In saying “Everything has gone global – so nothing works!”, Ulrich Beck sees a disconnect between talk and action. “The more unattainable is the goal, the more unthinkable it is to move first to do what’s good, beautiful or necessary – without worrying about getting your fingers burned.” 4

Many problems now require global solutions, and that means more than just rescuing the big banks. If groupings and existing institutions such as the UN cannot make progress, then we can only place our hopes in individual regions and on the self-organising capacities of the people themselves. For that, there is already a range of examples which show how, with the tool of the internet, global consciousness and coordinated action can be organised.

Us Now - A documentation on Open Source Governance, 2009

The Ethify Quotient and the proposed resources offer individuals and companies an opportunity to review their values, because from that source flows the primary energy for change. Political direction will follow from this and will have to be pursued either through political parties and other bodies or we, members of the public, will have to take matters into our own hands. Not only did the uprisings in North Africa show that the Open Source principle—along with a measure of fairness, cooperation and patience—could be successful, local initiatives in neighbouring countries or global action in the form of Avaaz or Occupy showed it too. They formulated their demands (Standpoints of Occupy Austria) at a coordinating meeting which took place in Linz early in 2012. These are:

Analysis and closer scrutiny of the financial and money systems to overcome the debt-based money system. Money should be created by the community in a transparent way with all alternatives being discussed and agreed.

What makes us happy and gives meaning and quality to life? We need time, freedom and resources in order to determine our personal values and to question them openly. Discovering and awakening of human potential will overcome constraints of property and patent rights and will protect the commons.

Communities should ensure that every person has somewhere to live, food, health, education, happiness and love. We assume responsibility for ourselves, for the environment, and for future generations and give them due recognition.

We want to re-think education and the way it is provided. It should enable every person to live a meaningful and self-determined life, and have a just society and a globally sustainable future as its goal.

Politics thrives on active participation. Opportunities for direct democracy should be strengthened and animated by new methods (Liquid Democracy, Global Summits, Planning Groups). There should be full transparency of decision-making at all levels.

Production should be ecologically sustainable and take place as locally as possible. Instead of profits being maximised and worthless symbols propagated, scarcity should be globally eradicated.

The Ethify Values are designed to sensitise us towards ethical goals, whether they be on a personal, professional, or socio-economic level. Media such as AdBusters can help. The Ethify Journal is a tool that not only helps us discover our own ethical stance, but catalyses concrete attempts for change and puts them into action. In that sense, Ethify goes well beyond similar initiatives such as World Ethos and functions without any need to refer to belief in God or Allah. Ethify is supra-denominational and is compatible with any religious belief, provided one is not an extremist. The Ethify Values represent a proposal by which we can go one step further in simplifying and making fairer our living together. There are, of course, also other values upon which families, companies, local communities and regions can find agreement. The main thing is that we begin to talk once again about values; and that we live by them.

3: With thanks to Andreas Idl of cropster.org for this note from the book, Global Fair Trade.