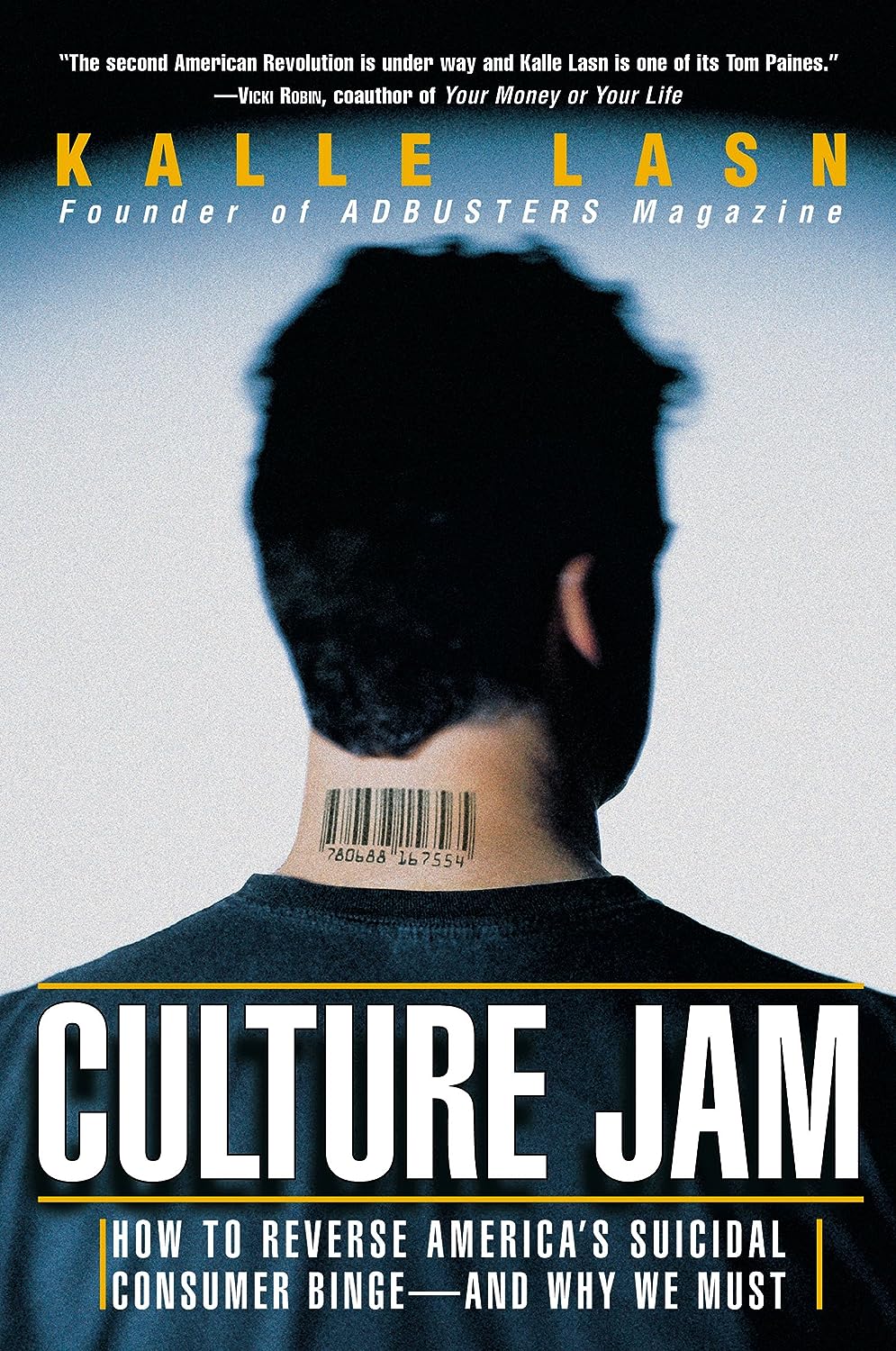 Culture Jam is a book by dedicated media activist, documentary film maker and founder of Adbusters magazine, Kalle Lasn. Culture Jam acts as the induction guide to “Culture Jamming” ; what Lasn claims will be most “significant movement of the early twenty-first century”. The fundamental insight that lies at the centre of this book is that America is no longer just a country, but a multi-million dollar brand, a brand that is constantly being sold to us, and shaping and changing our reality. Lasn wants to start a revolution against the “coporate cool machine” and and he wants us to be part of it. The book is divided into four sections inspired by the four seasons: Autumn, Winter, Spring and Summer. Lasn aims to take the reader on an eye opening journey and ignite the spark for a cultural revolution.

"We can change the world" - Kalle Lasn

The first chapter "Mood Disorders” reads like science fiction novel, painting a dystopian picture of human beings whose sense of self is completely mediated by “the urban data stream” , and when disconnected they cease to function.

Lasn sees consumption as a sickness of the mind. He believes that it is only through changing our mental environment that we will be able to truly reconnect with nature and fix our physical environment. Lasn is extremely concerned about the “mental pollutants and information viruses” that pose threats to “The Ecology of the Mind” He believes these pollutants are eroding our sense of empathy and causing a cultural homogenisation of the mind. For example shocking advertising may get out attention, but it may have even more impact than even advertisers realise since it can erode our ability to empathise, and essentially desensitise us.

The big question is can Lasn’s powerful words overcome the strong and dominant culture of apathy that is present in society? Lasn thinks so, he believes “We can change the world”  and that 'A few moments of truth' will change your perspective forever.